What Does Power Factor Mean With A UPS?

Power factor (pf) is the difference between actual energy consumed (Watts) and the apparent power (Volts multiplied by Amps) in an AC circuit. It is calculated as a decimal or percentage between 0-1 pf and 0-100% i.e. 0.9 pF = 90%.

The nearer the power factor is to unity (1 pf), the closer the two waveforms are in phase with each other and the device uses power more efficiently, hence why power factor relates to UPS efficiency. 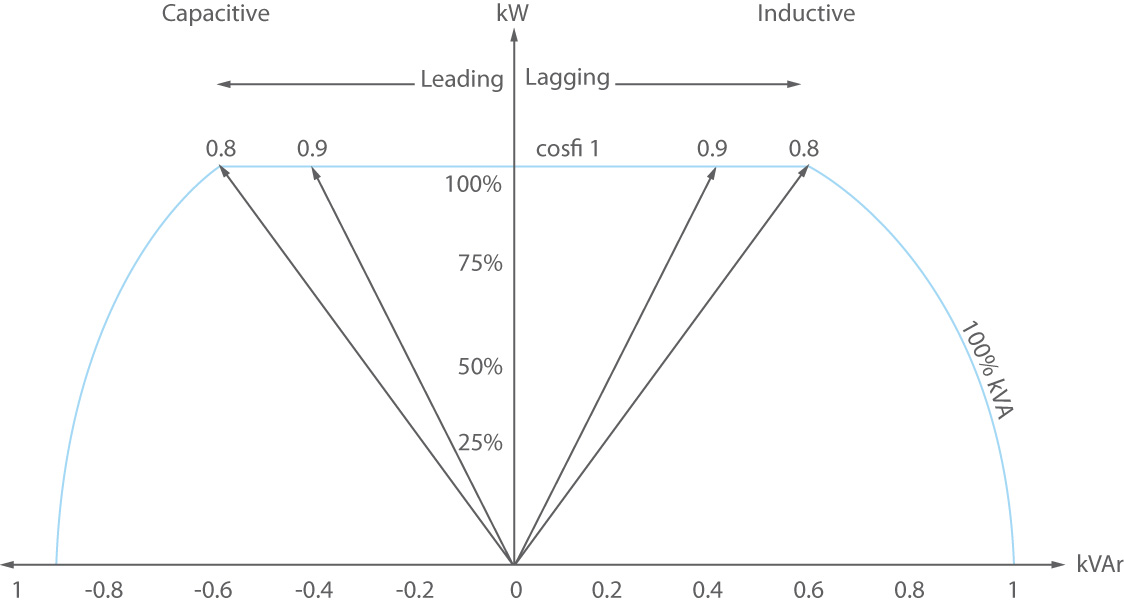 These are loads where the current waveform lags behind the voltage by a factor equal to the load’s reactance, typically between 0.5 and 0.95.

Loads with a leading power factor have a current waveform that leads the voltage by a factor equal to the load’s reactance, usually between 0.8 and 0.95.

Blade servers are the best example of a load with a leading power factor. They are capable of greater processing power within less rack space than traditional file servers and have been widely adopted in the telecoms and data centre sectors because of advantages such as simplified cabling and reduced power consumption.

There are several ways to try and reduce the impact of leading power factors, including increasing the size of the UPS, but the most common approach is to use active harmonic filters with power factor correction on the output.

This delivers a more acceptable load to the UPS, but it does reduce efficiency, take up more floor space and increase capital costs.